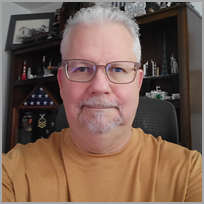 Philip Kaso is a retired US Navy Chief Petty Officer and registered citizen living in West Virginia. He has an impactful story and believes that; “stories are the art of our lives.” Philip has been actively involved in civil rights and sexual offense law reform for the past decade. He is a lifetime member of the national civil rights organization National Association for Rational Sexual Offense Laws (NARSOL), a 2016 NARSOL Pearl award recipient, a director on the NARSOL board, the Director of Corporate Investment, and a member of the NARSOL Finance Committee. Additionally, he is a co-creator/mentor for the NARSOL Fearless Project dedicated to creating dynamic, autonomous, registered citizen-specific support groups around the country. Philip was the creator and inaugural chair of the NARSOL Nominating Committee, which annual recruits, interviews, and recommends a slate of qualified board candidates who participate in a member-wide yearly election to fill open and vacating board positions.  Philip also serves on NARSOL’s foundation Vivante Espero as vice president on the board and chair of the Vivante Espero Investment Committee. He holds an Associate of Science in Finance from Hawaii Pacific University, a Bachelor of Science in Business Administration from the University of Phoenix. He is currently an MBA candidate at Liberty University.

In addition to his national civil rights efforts on behalf of NARSOL and Vivante Espero, Philip is the executive director of West Virginians for Rational Sexual Offense Laws (WVRSOL). WVRSOL was established in 2020 as an unincorporated, non-profit association and affiliate of the National Association for Rational Sexual Offense Laws (NARSOL). WVRSOL advocates for registered citizens in West Virginia with the mission of making the 2020s the decade known for criminal justice reform, rational sexual offense laws, and restorative justice.